BIOS stands for Basic Input Output System. When a computer is turned on, the first and primary thing it does is to check the BIOS for, without it, nothing further can occur. Once it is recognised and operational, the computer can go forward and await the awakening of the OS – Operational System (Dos, Windows, IOS, Ubuntu, Linux etc.,). After that programs can be installed and implemented. 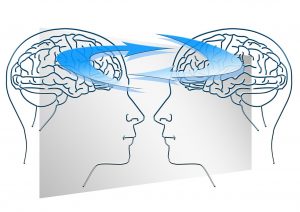 We humans, in a sense, are computers, also – organic computers!  We, too, have a BIOS. It consists of four potential inputs (-) and outputs (+)  located next to the pineal gland in the brain in a crystal (which shouldn’t be there) called magnetite, which aligns us to the earth’s magnetic field, entirely consistent with the purpose of computer BIOS.  Once this is operational, we are then subject to our OS (gender, skin colour, physiognomy etc.,). After that, our programming is from our schooling, upbringing, experiences and parental guidance, not to mention DNA.